IPA offers tally course in Kolkata
by conducting “online Tally Classes”, fee for this course is Rs. 10,000/= to be paid in two monthly installments. Moreover Tally course fee depends upon the duration of the course. For a short-term basic course fee is Rs. 5000 and for the advanced level tally program fee is up to Rs. 5000.  Total Fee for basic and advanced tally is Rs. 10,000.

Tally course is job oriented course for students to build a career in the computer accounting.

Who can do Tally Computer Course in Kolkata?

If you are residing in Kolkata or PAN India anywhere enroll for an industry-oriented online tally online classes  to unlock the endless job opportunities in every industry.

The Institute Of Professional Accountants, IPA is India’s  best tally  training institute in Kolkata   offering practical advanced tally training in Kolkata.
The training is provided by the industry’s leading tally professionals with expertise in tally software.

Kolkata, Bengali Kalikata, formerly Calcutta, iscapital of West Bengal state,  Kolkata is one of India’s largest cities and one of its major ports. The city is on the east bank of the Hugli (Hooghly) River, once the main channel of the Ganges (Ganga) .  Kolkata is city of commerce, transport, and manufacture, Kolkata is the dominant urban centre of eastern India.

Get Better Pay after Tally Course

Average Accountant Salary in India is between 2 lacs to 10 lacs p.a. which depends upon qualification experience and employer

Get practical training by expert and industry experienced Chartered Accountants, MBA and Advocates at IPA Institute.

Who can do Tally Course?

One of the best Institute for learning SAP FICO,Accounts, Income Tax, GST and payroll, Tally. All the faculties are very professional and very cooperative. I recommend this institute.

Karan JaiswalBusiness owner
I Shalini student of the institute of professional accountant. Good experience in the institute. All the classes are regular begin at a fixed time. They also Provide every necessary study material. Communication and behavior of faculties are excellent. They clear all doubts regarding any question. 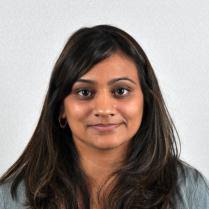 Fill up Enquiry Form
Team IPA will you.

All product names, logos,  are property of their respective owners. Use of  logo  does not imply endorsement.